Six Sixth Form students: Tommy Whitehead, Harriet Evans, Sophie White, Clare Kendall, Ruby Daniels and Emily Current introduced the candidates with short biographies. The A-Level students had provided four set questions to the candidates which they were each given one minute to answer. Emily Cross timed the answers and the Chair, Head of Sixth Form, Kerry McCullagh ensured the candidates kept to time.

Sixth Formers Jordan Harrup and Georgina Oxford then took roaming microphones into the audience and the debate hotted up as candidates were allowed just thirty seconds and the Chair encouraged come backs and a more spontaneous debate. Education, foreign aid, Europe, austerity, the environment and Bath’s travel infrastructure were amongst the questions posed.

After the debate the candidates stayed late into the night to speak individually to constituents over refreshments. As our Year 13 prepare to vote for the first time, the Hustings marked the start of the Hayesfield mock election campaign as the school makes the most of the General Election to prepare its students for their role in democratic society. 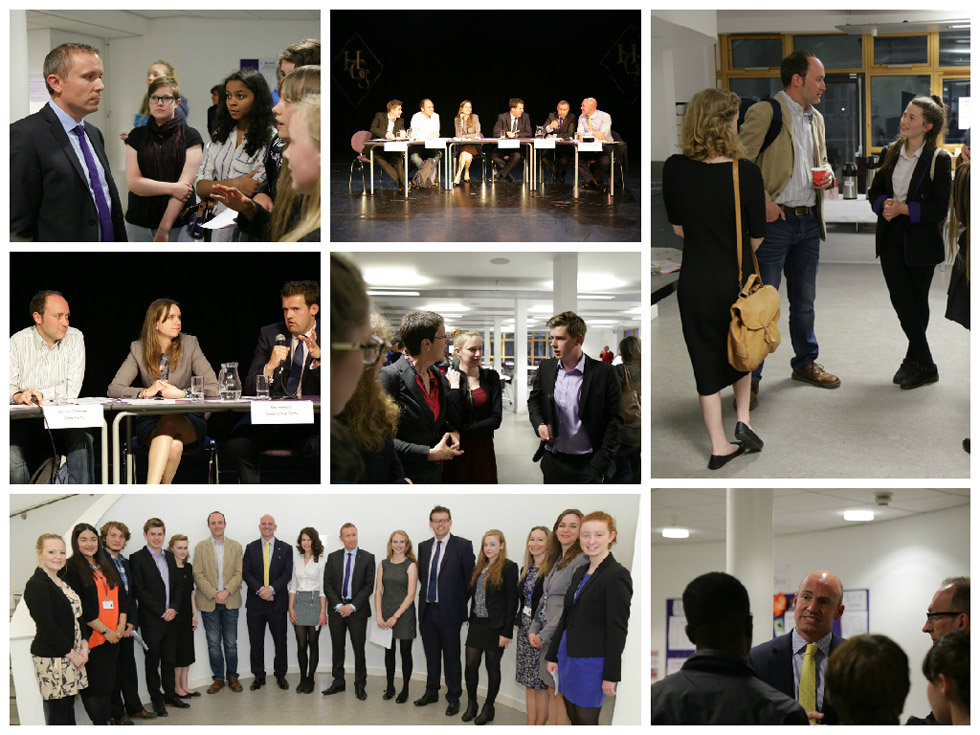