Following on from this evening we are looking forward to your daughter spending the day with us on the Induction Day on Thursday 2nd July when she will have the opportunity to meet her tutor and the rest of her tutor group. She will also be able to sample a school lunch free of charge. By the end of this day we are certain your daughter will be feeling less nervous and more confident about coming to Hayesfield in September.

A printed copy of the ‘Hayesfield Handbook 2015’ will be available for you at the ‘Welcome Evening’. A link for it can also be found on the front page of our website. It is full of very useful information about joining our Hayesfield community.

Once again, welcome to our school and I look forward to meeting you on the 11th June.

On Monday 22nd June we would like to invite you to join us for our annual celebration of the many skills and talents shown by Hayesfield students. There will be numerous performances from the Arts and PE Faculty, along with Art and Photography galleries and Plays from the Hayesfield Languages Faculty. We are also thrilled to be able to showcase our visiting Chinese students as they perform a variety of items for us during the evening.

We do hope you will want to come and see students from across the school perform and also enjoy a selection of refreshments from the barbecue and bar. Tickets will be available shortly via Scopay, priced £10 for a family ticket, £4 for an individual and concessions available.

What is The Big Lunch?

It’s a free community event created and promoted by the Eden Project (Cornwall).
Big Lunches take place up and down the country on the first Sunday in June each year.
Friends, families and neighbours get together for one great big picnic. Visit: www.thebiglunch.com

When is it happening at Hayesfield Girls’ School?

Where is it taking place?

Who is it for?

It’s for you, your family, your friends and your neighbours too.
It’s for our community and it’s FREE!

For lots of ideas on what can be done on the day at The Big Lunch visit: http://www.thebiglunch.com/ideas/index.php

What happens if it’s raining on the day?

Don’t worry, the School has kindly given us permission to use Refectory and terrace, so we can all be under cover until the sun comes out again.

Yes, all the areas and activities are accessible to all ‘lunchers’, whether able-bodied or not.

What do I need to do now?

All you need to do is reserve table(s) here. (Just so we know how many folk to expect).
On the day, bring your picnic or some food to share and invite your friends and neighbours to join you for lunch. One table seats up to six people.

Free tea, coffee, fruit squash and water will be available to all on the day.

The Year 11 Celebration Assembly is on May 22nd.

The Athletics Competition has been postponed until next Thursday due to bad weather.

Apologies for the inconvenience!

On Friday 15th May a free event for 13 – 25 year olds is being held at the egg theatre, Bath starting at 4pm. There will be music, DJs, Dance and Spoken Word performances as part of the Bath International Music Festival.

Dan Martin, Bath’s leading streetdance practitioner is running a free streetdance class on 6th June from 5-7pm for young people over 11 years old. Details on his website: http://www.danmartindance.com or ask Miss Fitzgerald for a flyer.

Events at Hayesfield to Mark the General Election

To help our students prepare for their role in democratic society we have been making the most of the General Election at Hayesfield. Earlier in the year, Ben Howlett and Oliver Middleton spoke to the Sixth Form about the importance of engaging in politics. We hosted a Question Time style Hustings in April, with Bath’s parliamentary candidates: Ben Howlett (Conservative), Oliver Middleton (Labour), Julian Deverell (UKIP), Steve Bradley (Liberal Democrats), Dominic Tristram (Greens) and Lorraine Morgan-Brinkhurst who could not attend but sent written answers to the four pre-set questions.

Six Sixth Form students: Tommy Whitehead, Harriet Evans, Sophie White, Clare Kendall, Ruby Daniels and Emily Current introduced the candidates with short biographies. Our A-Level students provided four set questions to the candidates which they were each given one minute to answer. Emily Cross timed the answers and the Chair, Director of Sixth Form, Kerry McCullagh ensured the candidates kept to time.

Sixth Formers Jordan Harrup and Georgina Oxford then took roaming microphones into the audience and the debate heated up as candidates were allowed just thirty seconds and the Chair encouraged come backs and a more spontaneous debate. Education, foreign aid, Europe, austerity, the environment and Bath’s travel infrastructure were amongst the questions posed. After the debate the candidates stayed late into the night to speak individually to constituents over refreshments.

As many of our Year 13 prepare to vote for the first time, the Hustings marked the start of the Hayesfield mock election campaign as the school makes the most of the General Election to prepare its students for their role in democratic society.

Our A-Level Politics students ran assemblies to all year groups explaining to them the difference between the parties and their local candidates. On 6th May, Sixth Formers led by Clare Kendall and Sophie White manned the Hayesfield polling stations for our mock election the culmination of our General Election activities.

If you have attended a Period 6 PE club since September, you are cordially invited to join the Hayesfield PE department and special guest, Amy Williams in celebrating our outstanding sporting achievements at the annual Sports Awards Evening.

Location: The Roper Theatre at the Upper Oldfield Park Campus

A Joint Concert of Peace and Reconciliation – Friday 1st May

We are very proud to extend our invitation for students and parents to our joint orchestral concert with The Regional Youth Orchestra Artiance, Alkmaar visiting from the Netherlands.

The Alkmaar Youth Orchestra will perform works by Schubert, Bruckner, Ravel and Elgar alongside Hayesfield senior choir, who will be performing the choral repertoire which recently won them the Mid Somerset Choral Classes. This will be a wonderful opportunity to see young musicians performing at a very high standard.

This visit commemorates a link between Bath and Alkmaar started in 1945 when residents of Bath sent money and food to Alkmaar, where people were dying of hunger during the last year of the Nazi occupation. We hope to use this as an opportunity to develop further links between the two cities and with schools in the Netherlands.

The performance will take place in the Roper Theatre, Hayesfield from 6.30pm. Please reserve your tickets through the Hayesfield contact details, tel: 01225 426151 or email: information@hayesfield.com . If booking is made by email, a confirmation will be sent.

We hope to see many of you on the night for what we know will be a very enjoyable and unique performance. 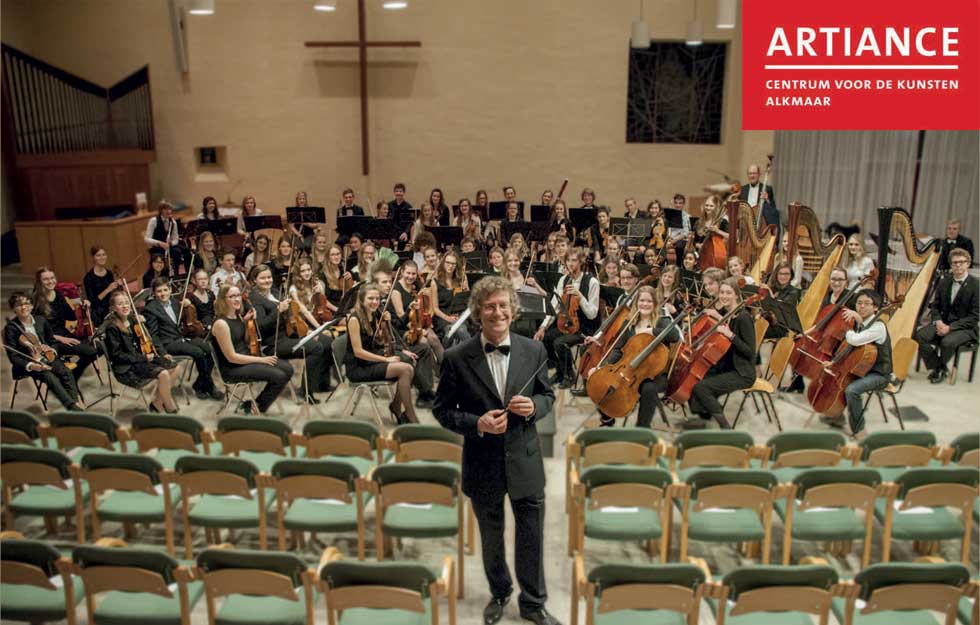 On Friday 8th May the Heads of House and their able assistants, the Student Heads of House are organising a range of activities to celebrate the 70th Anniversary of VE Day. The event will run from 12.00 – 1.10pm for years 8 and 9 at Brougham Hayes Campus. There will be 1940s themed music, dancing, vintage games and competitions to take part in! Alongside this there will be assemblies about VE Day and a bunting making competition during tutor time for the year groups involved.

Although this event is mainly for year 8 and 9, all students at Brougham Hayes for lunch will be welcome to join in. Tickets for the BBQ will need to be bought in advance for £2.00 – no other food will be available for purchasing on the day.